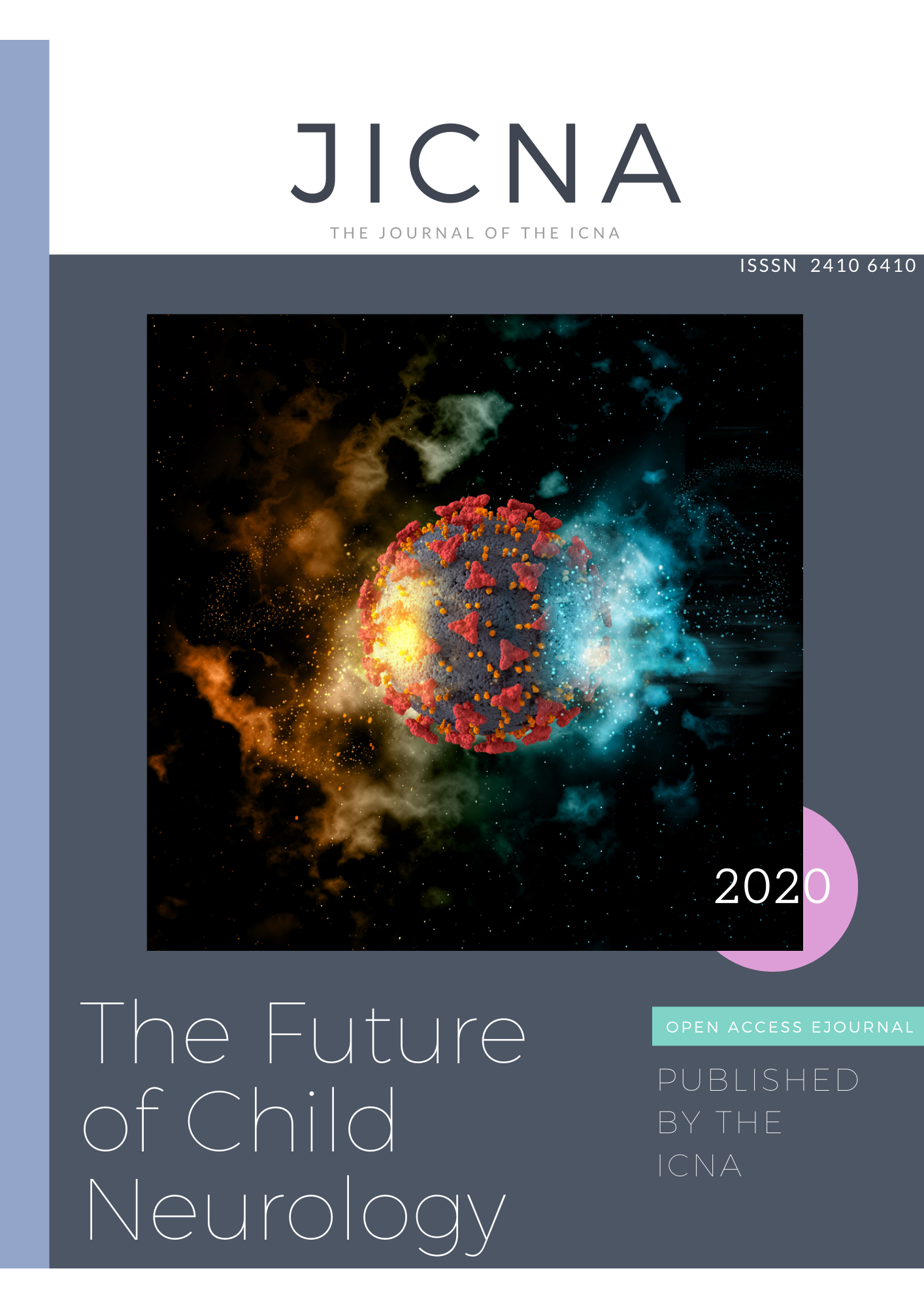 Download data is not yet available.
Table Of Contents

JICNA has steadily progressed over its initial years and now in its 7th year, is poised to establish itself as a major open access platform for disseminating scientific research in child neurology. Closely integrated with its parent organization the ICNA and ICNApedia, the association’s flagship knowledge environment platform, JICNA editorial policy is aimed at both facilitating access to and disseminating research, particularly from resource poor settings. As part of this remit, JICNA adopts the association's consensus position on scientific issues treated within its published articles. The special articles published from the ICNA Advocacy Committee on genetic testing for rare disorders [1] and other articles in the pipeline on “vaccination against measles” and “stem cell therapy in neurological disorders” reflect the journal’s ethos.

The ongoing global pandemic caused by the novel coronavirus (SARS-Cov2) and its disease (COVID-19) has highlighted more than ever the importance and need for open science. The dissemination of scientific research following the outbreak has no doubt brought to attention the significant changes that have occured in the field of scientific publishing, with how research is communicated and how researchers engage, share and contribute. The COVID-19 pandemic has seen a spate of preprint articles, which, while potentially life-saving, also risk dissemination of poor-quality work. While we are not against such author-led rapid publication workflows, we would advise caution against its potential risks. The pandemic again has shown that timely access of researchers to information and knowledge is key to fighting global diseases and problems that threaten humanity. It remains a sad truth that researchers across the world remain cut off from a vast body of information and knowledge that ought to have been readily accessible by them.

The scientific community has long been aware of the hindrance of traditional publishing models to the dissemination of scientific research. Research can only flourish through collaboration, and it is imperative that research is made more visible by breaking cost, language and geographic barriers. Although governments, major universities and funders, such as Harvard University and the Wellcome Trust, have long acknowledged and taken steps to promote this, urging their academics to consider open access venues for publishing their work, there still remains much progress to be made.

The four main factors considered by authors in deciding their choice of journal are visibility, cost, prestige and speed. “Brand-name” journals are still favoured by authors to promote their academic career prospects. While an open-access publishing model in itself is not a hindrance to a journal’s success, it is acknowledged that JICNA should gain an impact factor and improve its visibility further. JICNA has now been consistently publishing, following a stringent peer review, original articles, trial reports, case studies and timely reviews, since its inception in 2015. JICNA is currently indexed in Google Scholar, CrossRef and the Directory of Open Access Journals (DOAJ) and will, this year, be making a submission to PubMed Central® & MEDLINE®. The journal also subscribes to robust archiving systems including CLOCKSS & PORTICO.

In the current environment, where the open access publishing model is at danger of being exploited by predatory publishers with lax editorial policies and peer-reviews risk perpetuating bad research, a journal like JICNA certainly assumes greater significance.

The ICNA is committed to maintaining JICNA free of cost to its readers, with an expedited publication workflow while ensuring strict peer-review standards. The JICNA editorial board is extremely thankful to all the peer reviewers and members of the editorial board, without whose support this would not have been possible.

JICNA follows the Committee on Publication Ethics (COPE) Best Practice Guidelines and is committed to upholding standards of ethical behaviour at all stages of the publication process. The journal is published under the terms of the Creative Commons Attribution-Non-Commercial-ShareAlike 4.0 International License, permitting any user to “distribute, remix, tweak, and build upon the work,” provided that they credit the original authors in all cases, ensuring the copyright remaining with the main author.

Most read articles by the same author(s)