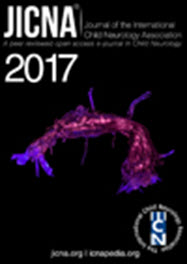 India is a vast populous country in Southeast Asia having near 1.2 billion people over 3.2 million sq. km. Children (<15yrs) constitute nearly 30% of the population. Nearly two-third of population lives in rural area. The spectrum of childhood neurological disorders in India differs from the developed countries.

Epilepsy is a public health problem worldwide. Nearly, 80% of affected people live in developing countries. An estimated 12 million people with epilepsy reside in India [1]. A community based study of childhood epilepsy in Chandigarh, a North Indian city, revealed prevalence rate of 6.2/1000 population [2]. Neurocysticercosis, sequela of meningoencephalitis and birth asphyxia are important causes of epilepsy in India, akin to other developing countries [3]. These constitute 2/3 of epilepsy burden and formulate potential preventable aetiologies. Most of the children with epilepsy are diagnosed and managed by paediatricians and physicians with little or no expertise and special training in childhood epilepsy. Also, most of the doctors and hospitals that provide epilepsy care are placed in metropolitan cities.

There is enough evidence to suggest existence of treatment gap, which ranges from 20% -70%. It means a significant proportion of children do not receive appropriate treatment. The treatment gap is higher in rural than urban population. It is further important as most of population reside in rural area. Weak health care system, widespread poverty, lack of adequate manpower and resources, social stigma and misconceptions are important reasons of treatment gap and constitute main challenges. In addition to medical treatment gap, there is striking surgical treatment gap secondary to scarce epilepsy surgery programs in our country.

Improvement in availability of low cost anticonvulsants like phenytoin and phenobarbitone could be potential solution for medical treatment gap. Arya R et al studied effectiveness of folic acid supplementation in decreasing the incidence of phenytoin induced gingival overgrowth in a double-blind randomized controlled trial [4]. The study provided class I evidence that oral folic acid supplementation, 0.5mg/day, is effective in prevention of phenytoin induced gingival overgrowth. There is need of similar kind of studies to evaluate low cost measures to decrease side effects associated with low-cost anticonvulsant drugs.

Overall, there is need to have a comprehensive epilepsy care program which should work on educating paediatricians about standards of childhood epilepsy management, public education on positive aspects of life of children with epilepsy, ensuring availability of low cost anticonvulsants, and establishing epilepsy surgery programs. Prevention of central nervous system (CNS) infections and minimizing birth injuries are the definitive way forward to decrease the burden of epilepsy.

There is enormous burden and varieties of CNS infections in our country. CNS infections constitute significant proportion of emergency and intensive care admissions [5]. Pyogenic meningitis, viral encephalitis, tuberculous meningitis, rabies and cerebral malaria are main culprits. Despite treatment, larger proportion of children is left with serious sequela in both hospital and community settings [6]. CNS infections also constitute the most common aetiology of refractory status epilepticus in children. Haemophilus influenza B and Streptococcus pneumoniae are still the most important culprits of pyogenic meningitis. Both could be substantially prevented by appropriate primary immunization. There is need for early recognition, timely treatment with appropriate antibiotics and management of complications.

The burden of tuberculosis is high in India with an estimated prevalence of 195 per 100,000 population (Global Tuberculosis Report 2015). Tubercular meningitis is a serious CNS infection associated with high mortality and morbidity in children. Factors associated with poor outcome are delay in diagnosis and late presentations. Early diagnosis and appropriate treatment is the major way to reduce the mortality and morbidity. There is immense need for quality research on tuberculous meningitis regarding better diagnostics, affordable and sustainable child friendly treatment protocol. With high quantity of cases and better availability of facilities and expertise, India is one of the most appropriate places to conduct such studies [8].

Neurocysticercosis deserves special mention. It is the commonest parasitic disease of nervous system in humans. Most of India is endemic and it constitutes one of the major public health problems. In a series of 500 children from PGIMER, Chandigarh, focal onset seizures and single parenchymal cysts are the most common clinical and neuroradiological manifestations of neurocysticercosis in children. [9]. Cysticidal therapy results in better resolution of lesions and seizure control. However, it is completely preventable disease. A multipronged action plan including proper hygiene, sanitation, public education, enforcing strict animal husbandry, meat inspection procedure and mass deworming of population is needed [10].

India is also endemic to rabies, malaria and tetanus, which carry significant mortality and morbidity. It is important that all these three are preventable.

Childhood disability is an important public health concern in India. A community survey in northern India among children aged 6 months to 2 years revealed prevalence of global development delay of 25.9 per 1000 children. Prevalence of motor impairment was 10.7 per 1000 and prevalence of vision and hearing impairment each came to 0.6 per 1000 children [11]. Perinatal factors, lower socio-economic status, and consanguinity were observed as predictors of neurological disorders. Intellectual disability is a major burden. CNS malformations also constitute minor but important cause of development delay. The commonest malformations identified at PGIMER, Chandigarh were lissencephaly, agyria-pachygyria and schizencephaly [12].

There is scarce epidemiological data on prevalence of autism spectrum disorder in our country; however expected prevalence is 1:500. Major difficulties faced by parents have been obtaining an accurate diagnosis and appropriate rehabilitation services. It is not uncommon to have multiple consultations before the final diagnosis. There is need to build awareness of autism spectrum disorders in public, empowering of parents, organization of parent support networks, friendly school environment with special educators and development of low-cost, home-based, early intervention therapy.

Overall, the major challenge for childhood disability is to provide quality rehabilitation services. A survey on families with disabled children revealed that these families perceived greater financial stress, frequent disruption of family routine and leisure time, poor social interaction, and ill effects on physical and mental health [14]. Appropriate management of these issues should be incorporated in rehabilitation plan of child and this is also a major challenge. Similar to other developing countries, the health care in our country is primarily directed to therapeutic and preventive aspects of disease and lower priority to rehabilitation services. Nevertheless, Government of India has taken steps to establish community based rehabilitation services, inter-sectoral coordination, coordination between government and non-government organizations, strengthening of primary health care services.

Inborn errors of metabolism are wide range of heterogeneous group of disorders with various clinical manifestations. These are individually rare, however combined as a group, it constitutes significant burden of childhood neurological disorders. High birth rate and substantial consanguineous marriages form preconditions for high rate of inborn errors of metabolism. There are limited diagnostic services, lack of newborn screening program and limited number of experienced manpower to manage these cases.

NMDA encephalitis has been reported worldwide. It is rare but potential treatable disorder. Published data from PGIMER, Chandigarh revealed extrapolated prevalence rate of 26 per 100,000 paediatric emergency admissions [15]. It highlights that the diagnosis of NMDA encephalitis is challenging and needs high index of suspicion. Similarly, acquired autoimmune neurological disorders like acute disseminated encephalomyelitis, neuromyelitis optica, transverse myelitis and Guillain-Barré Syndrome, as a group, formulate significant burden. With better availability of MRI imaging and electrophysiology testing, there is increased recognition of these disorders. An experience from cohort study of 52 children with acute disseminated encephalomyelitis from PGIMER, Chandigarh highlights the importance of recognising and treating these [16]. Subclinical exposure with campylobacter jejuni and mycoplasma pneumoniae has been recognised as a risk factor for Guillain-Barré Syndrome [17]. Data on childhood stroke from our country highlights CNS infection as the commonest aetiology, which is treatable and potentially preventable.

Lead is a known neurotoxic element and children have increased vulnerability. A survey of blood lead levels was conducted in 300 school children in Delhi, the capital city of India [18]. It was observed that 12% of children had high blood lead levels; despite the prohibition of leaded petrol for 8 years. Prevalence of high blood lead levels was 23% in children residing in high ambient air lead area. It is known that early childhood chronic low lead exposure adversely affects school academic performance and intelligence quotient [19]. These observations are important and have potential preventive implications. There is need of awareness and steps to decrease lead exposure e.g.. surma application, leaded paints, batteries, plastic colouring.

While child neurology as a sub-speciality of paediatrics is in its infancy, it has a long way to go and grow. A previous survey by Singhi P & Singhi S in 1998 revealed availability of only few trained child neurologists in India [20]. Last two decades have witnessed a steep rise of interest in child neurology. An Association of Child Neurology was formulated in 2004 in India which currently has 157 members. Structured training courses including DM and fellowships in child neurology are now available at multiple centers in the country. There are increasing numbers of workshops, symposia and conferences dedicated to child neurology. There are various ongoing and completed quality research studies and publications from the country. Various centers are catering quality child neurology services including neurorehabilitation and epilepsy surgery.

The author is not aware of any financial or non-financial competing interests which affect the content of this report.

This report was completed as the text to support a plenary award lecture (Sheila Wallace Award lecture) delivered at the 14th International Child Neurology Congress “Bridging Worlds; Child Neurology from a Global Perspective” in Amsterdam, the Netherlands, in 2016.

India is a vast and populous country. The spectrum of childhood neurological disorders in India differs from the developed countries. Central nervous system infections like pyogenic meningitis, viral encephalitis, tuberculous meningitis, neurocysticercosis, rabies and cerebral malaria constitute important cause of neurological morbidity. Epilepsy, development delay, cerebral palsy and autism spectrum disorder are important non-infectious causes of neurologic disability. The load of these disorders is enormous. However, it is important that a significant proportion of these disorders are potentially preventable or treatable. With scarcity of child neurologists in India, child neurology as a sub-speciality of paediatrics is in its formative years. This review describes the brief overview of burden of some important childhood neurological disorders and status of child neurology in India.