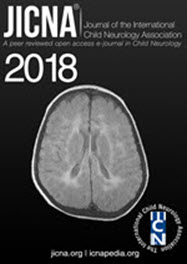 In malaria endemic areas, where up to 70% of children have peripheral parasitaemia, it is unclear why some children develop seizures. Human herpes viruses are common causes of febrile seizures. We investigated the hypothesis that seizures in children admitted to hospital are caused by concomitant human herpes virus infections.

These viral aetiologies of fever have increased recently following the decline of malaria9 and should be screened for in children admitted to hospitals in endemic areas. Recently, we observed that the incidence of acute symptomatic seizures without a known cause is increasing10, an increase that could, in part, be due to neurotropic viral infections. However, the diagnosis of viral infections of the CNS is problematic since blood tests for antibodies to the virus only indicate exposure to the virus, and cerebrospinal fluid (CSF) can only be collected from children who have a clinical indication for a lumbar puncture. Polymerase chain reactions (PCR) can detect the DNA of herpes viruses in the CSF of children and provide a more reliable indicator of CNS infection11. The CSF can be obtained from children who require a lumbar puncture, to exclude treatable infections, particularly bacterial meningitis.

We tested the hypotheses that herpes viruses are associated with the risk of acute symptomatic seizures in children admitted to a rural hospital in a malaria-endemic area on the Kenyan coast. We also examined whether the associations between human herpes viruses are moderated by other potential confounders, in particular falciparum malaria.

We studied 145 children admitted to Kilifi District Hospital (KDH) with acute non-traumatic encephalopathy between 1999 and 2001. This data was collected prospectively, but only analysed sometime later, post the malaria-decline period, when the role of neurotropic viruses in CNS disease was increasingly being recognised7,10. KDH is the only referral hospital in Kilifi County. The hospital has a 35-bed paediatric ward and six-patient high dependency unit, which admits children with infections such as malaria and related complications.

PCR was successfully performed in the CSF of all 145 children admitted with acute non-traumatic encephalopathy, using a method we have described elsewhere11. We excluded children with head injury and those with epilepsy from these analyses. Bacterial meningitis was excluded according to previously reported criteria12. Peripheral parasitaemia was detected using thin and thick blood slides on Giemsa stain. The total protein in CSF was measured by turbidimetry using benzethonium chloride as described elsewhere13. Albumin was measured using an electroimmunoassay technique14.

Viruses were looked for in two distinct groups of children with encephalopathy; (i) 100 children admitted with acute symptomatic seizures and coma (inability to localise a painful stimulus15) and (ii) 45 children with coma but without seizures during the current illness.

The student’s t-test or the Mann-Whitney test (where appropriate) was used to compare continuous variables. Dichotomous variables were compared using Pearson’s chi square or Fisher’s exact test where appropriate. Logistic regression was used to compute measures of association between acute symptomatic seizures and the presence of herpes viruses, accounting for: (i) age and sex initially; (ii) other potential confounders, e.g. CSF protein levels and malnutrition, in a penultimate model; and (iii) falciparum malaria in the final model. The logistic models were done systematically, so that the final model had all the variables accounted for in situ. Weight for age z-scores were computed using the zanthro command on Stata (2000 CDC Growth Reference in the USA).

A limitation of this study was the relatively small sample size, which may reduce the capability to measure associations. Secondly, the prevalence of viruses in the hospital comparison group used in this study may differ from that of controls from the community. We did not screen for other viruses, such as adenoviruses and arboviruses, which are neurotropic. These results should be interpreted carefully owing to the small sample size.

This study shows that HHV 7 (which was less frequent than HHV 6) is associated with complex acute symptomatic seizures after accounting for potential confounders, but HHV 6 and both viruses combined are not associated with these seizures. The association is moderated by malaria, malnutrition and protein levels, since substantial effect modification of the OR was observed. These results suggest that human herpes viruses, including other neurotropic viruses not investigated in this study, should be screened for in children admitted with acute symptomatic seizures, particularly those that are complex. These findings are especially important post the malaria-decline era when other non-malaria causes of CNS diseases are increasingly being recognised7,10. Future studies are required to understand the role of protein levels and acute symptomatic seizures following CNS infections.

We thank the clinical and technical staff of the microbiology laboratory department of the KEMRI-Wellcome Trust Research Programme who made this study possible. Mary Bitta reviewed the manuscript, and we appreciate her invaluable help. This study was supported by the Wellcome Trust (through a Senior Clinical Fellowship (083744) to Prof. CRJC Newton). Symon Kariuki was supported by the Wellcome Trust (through a Research Training Fellowship (099782)) and the MQ fellows award. This paper is published with the permission of the director of the Kenya Medical Research Institute.

The authors have no competing interests to declare.