Pilocytic astrocytoma: a clinical study in a single Brazilian institution. 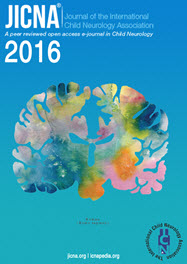 Purpose: to study the clinical, laboratorial, and therapeutic data of patients with pilocytic astrocytomas, their predictive factors, and to propose a therapeutic strategy. Methods: Retrospective analysis of clinical files of pediatric patients followed between 1984 and 2014 in a single institution. Results: There were 48 patients (22 boys and 26 girls). Age at diagnosis varied from 6 months to 15,2 years (mean: 6,9 years). Mean follow-up was 8,9 years (6 months to 21.5 years).  Twenty-five (52%) were cerebellar, 8(17%) hemispheric, 10(21%) hypothalamic-chiasmatic, and 5 (10%) midbrain. Twenty-eight  tumors were solid-cystic, 9 solid, 4 cystic, and 7 unknown. Total gross resection was achieved in 17 (35%), partial resection in 27 (56%). Two patients had biopsy only and 2 were not operated on. Adjuvant therapy was performed in 17 patients (9 radiotherapy, 7 chemotherapy and 1 both therapies). Recurrence occurred in 14 patients, 8 of which remained stable after reoperation associated or not to adjuvant therapy. Significant predictor factors were gross total resection and lower age at diagnosis. Conclusions: The epidemiological and clinical data of this cohort of patients do not differ from those from distinct geographical regions.  Except the extension of resection and age at diagnosis, all other parameters analyzed failed to show prognostic significance. Albeit biological behavior of residual tumors is unpredictable, most of them remain stable for many years even after a first recurrence. These tumors must be treated cautiously. Chemo and/or radiotherapy should be considered only in those cases with more than one recurrence. Keywords: Pilocytic astrocytoma, pediatric brain tumor, epidemiology, prognostic factors, treatment.